The media is gearing up and preparing for the Royal Wedding which will take place on Friday. It was in November of 1947 that the newspaper headlines world-wide boasted about the marriage of Princess Elizabeth and Philip Mountbatten (who became the Duke of Edinburgh upon their marriage).
Princess Elizabeth was twenty at the time of her marriage; only six years later Elizabeth was crowned Queen of England. 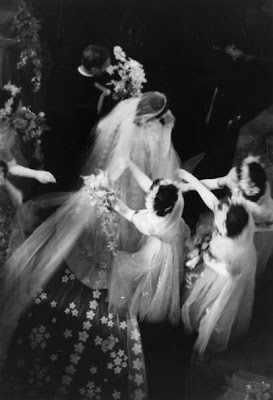 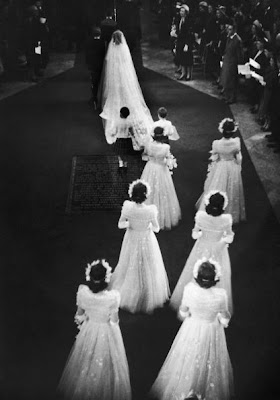 At the time of the Royal Wedding the country was still rebounding from war, and the material for Princess Elizabeth's wedding gown was bought with ration coupons. Philip's German relatives were not invited to the wedding as it was viewed as in appropriate in this post-war time. 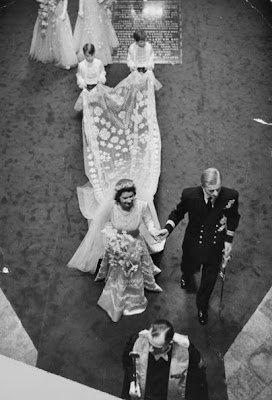 Headlines around the world depicted the details of the nuptials; it was a bright spot of celebration during a the post-war gloom.


There will be an abundance of information in print and via the internet about the Royal Wedding, and the transformation of Kate to Princess Catherine. But the most important title Kate will wear is that of WIFE.
Beyond the pomp and ceremony of every wedding; at the beginning and the end of the day, it is really only about Love Ever After.
Posted by Katherine at 10:34 PM