When you think of early Modernism Art, Florine Stetheimer's effervescent style is not what would first come to mind. It was in 1892, at twenty-one years of age that Stetheimer began her formal study of art at New York's Art Students League. Florine's family traveled back and forth from America to Europe;  it was not until twenty-two years after beginning her art studies and was once again settled in New York, that she began painting in her unique and stylized manner that she is known for today.

The gilded frames that surround the works are the artists design. Other installations in galleries around the world feature frames with a scalloped loop motif as well.


Florine's decorative, bright palettes displayed personal stories and depictions of the affluent American lifestyle. The rich colours that fill the theatrical like portrayals on the canvases are most often anchored with red, which is Florine's favourite colour.

Tucked to the lower right side of the painting The Cathedrals of Wall Street, is a self portrait of Florine. She portrays herself wearing a dress in her most cherished colour - red.

The whimsical portraits of life through Florine's eyes shows her unique talent as a great Modernist Artist. It is a life and work to be celebrated.

Have a GLAMOUROUS weekend

The raking of the leaves continues.
When our property is covered with red and gold from the trees, my garden focus shifts to adding more fresh flowers throughout the house and bringing  preserved cuttings indoors.
Two staples for me are dried hydrangea from the garden and preserved boxwood. The wreaths tend to get duplicated throughout the house, but these two are my among favourites.

Whatever the weekend brings your way - Enjoy!

I'm hoping there are other bloggers who have the same intentions that I do. I take pictures of interesting things, all excited about the moment and then...... I get carried away with things in life and do not post.

Yes, I realize that the pictures and information from my trip to New York are still not up. Maybe I'm still basking in the fun from the incredible time that my son and I had together. We walked our feet off. That is an understatement. Five days exploring from morning to well into the evening.

Dallas was impressed with the Apple store in Grand Central Station. The juxtaposition of new technology surrounded by history is an extravagant combination. He stood there for awhile taking in the architectural beauty of the building and contemplating the new Apple products. 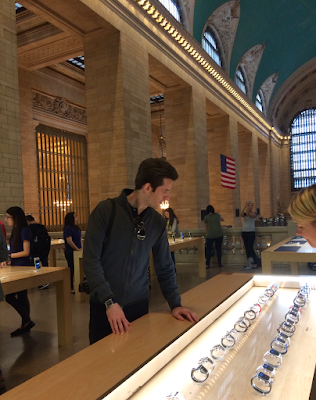 Our first evening in New York we had dinner at the Rock Center Cafe. It was a warm night that brought the opportunity to capture the last of dinning outside. 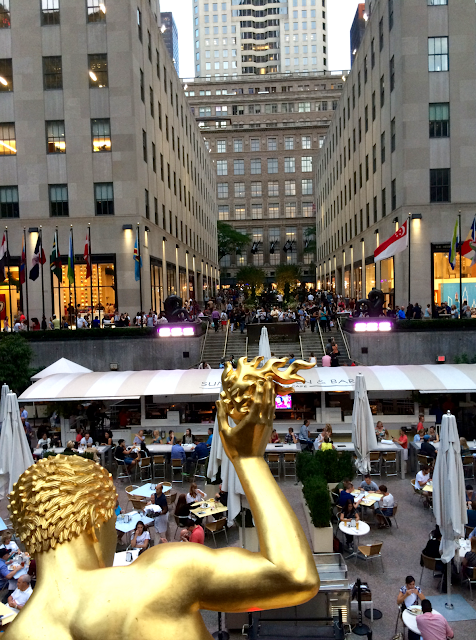 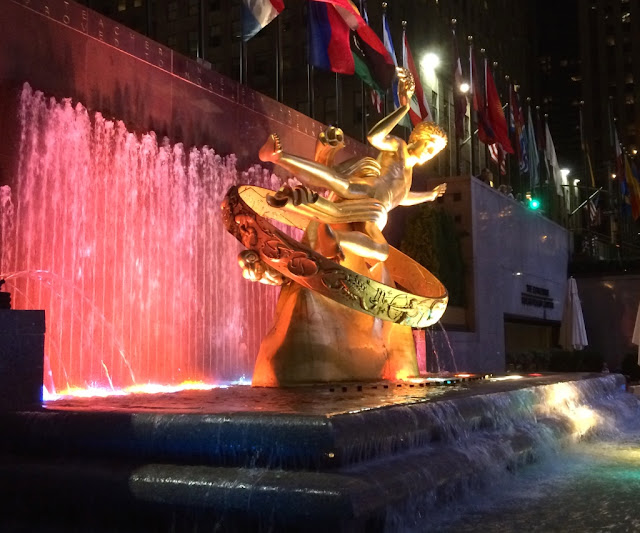 We stayed right in the bustle of Times Square at the Hilton on 42nd. Crazy - busy - noisy. But the hotel is very clean and quiet, has great service and was central to everything we wanted to do. So it worked well.


Our first morning we lingered over breakfast at the Boathouse in Central Park, and then began the long days of exploring together. We literally walked the entire city...... 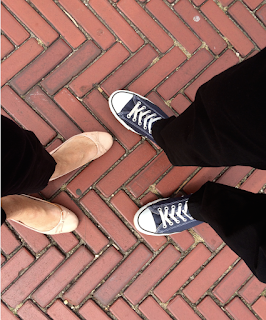 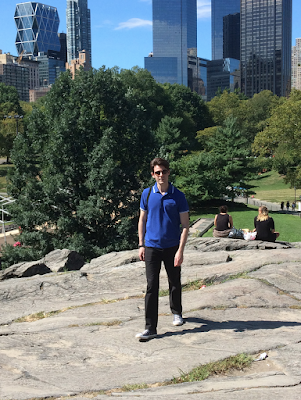 We jumped on the train a couple of times - off to World Trade Center, the Stock Exchange, Battery Park. Dallas takes the train to work in Toronto, so he was a lot quicker at figuring out the routes we needed than I was. 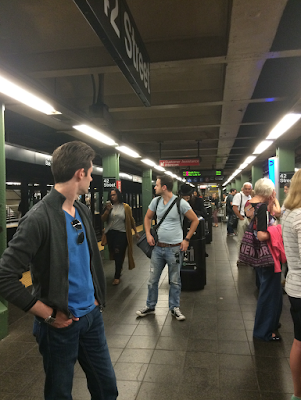 Visiting the World Trade Center memorial site was solemn and emotional. The picture of the tree below is the survivor tree. It's a callery pear tree that was found badly damaged after the 9/11 terror attacks. The tree was recovered and renewed off site by the city's Parks and Recreation department. Only one year later the tree produced leaves and birds nested in the branches. The survivor tree was replanted at the memorial site in 2010. It is a true testament of survival and rebirth. 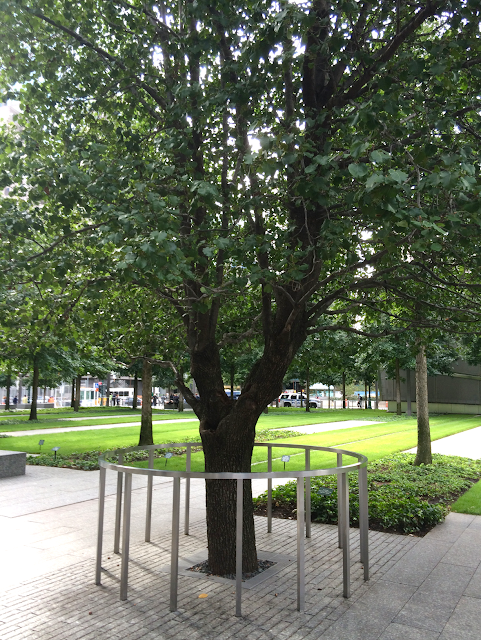 After exploring all day we would head back to the hotel to freshen up and go back out for dinner. And of course there was the crazy fun of taking in the lights of Time Square at night.


One of our favourite visits on the trip was our time at the Metropolitan Museum. Dallas and I could have easily spent another two days exploring the extensive art collections. I will share more from the Met in another post.

And of course, there was time for a bit of shopping. Even though my feet hurt from the days of walking, I still managed to try on shoes for my wedding.

New York, New York
We had so much fun.