Boys will be Boys

Richard loves the TV program Cake Boss (on TLC). It's about a family in New Jersey who run their family bakery (Carlo's Bakery) with youngest brother Buddy at the helm. It's loud and dramatic, with outlandish creative idea's for cakes. But I think the thing that grabs viewers the most is that the family is tightly connected and do everything together. Buddy refers to the gaggle of relatives as 'My Familia'.

My Daughter bought a Cake Boss Talking Bobblehead for Richard at Christmas; there was a condition to the gift. He was supposed to take it to the office and put it on his desk so that 'you won't piss Mom off with the toy'.
It's April, and Buddy the Cake Boss Bobblehead is still in our house...... and he's still talking.


I've tip-toed into the bedroom to go to bed, thinking Richard was asleep, only to hear the bobblehead suddenly talking. "My bakery, My rules."

I've woken up in the morning to find Buddy the Bobblehead sleeping on the pillow beside me. Waking up to that really is 'Holy Cannoli' (another one of Buddy's famous  sayings).

Today I got into my car to go to work. I noticed that the seat belt on the passenger side was done up as if there was a person in the seat.... that's strange. And yes, you got it .... it was Buddy. Richard had snuck Buddy out of the house and tucked him into the seat belt like a little child.

If you've read my blog before you'll know that I'm not a good morning person, I admit that. So too much of anything before a sufficient amount of caffeine has settled in my blood stream can make me retreat like a turtle in her shell. But I had to laugh seeing little Buddy belted in the seat, ready for a ride.

So what is a girl to do when she's in love with a boy who likes to play games? Play along.
I sent a text message to Richard telling him : "I dropped Buddy at daycare, he was scared and clung to me. And now I have butter cream icing all over my shirt".
Checkmate! 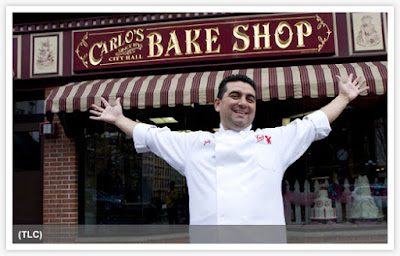 Among the pages of our relationship are the times we need to be serious, the problems we have to take care of, the things we worry about every day. Richard has taught me to play, to laugh more, to have fun and mostly to let boys be boys.

Email ThisBlogThis!Share to TwitterShare to FacebookShare to Pinterest
Labels: love