Cardinal House : Not Everything Is Pretty 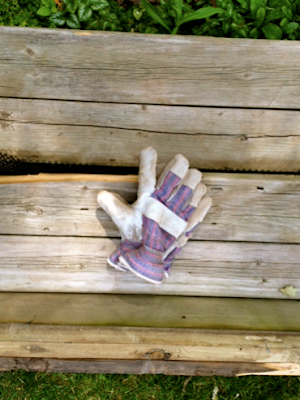 Anyone who has been through a renovation will attest to the fact that it gets really ugly before it gets pretty. Let's just say we aren't sitting too pretty right now at Cardinal House. The house had been half torn apart for months while we waited for the approval to build, once that stamped paper came our way Richard lined up the crow bars and well, things got really ugly.


While waiting for our building approvals we got familiar with the space and adjusted some of the details. I never imagined that we would be ripping out every wall, ceiling and insulation - but we had 80% of it out and it makes sense to us that it is all the same level.

We hired the Mike Holmes Home Inspection group to do our inspection. It was a great experience. The inspection is a bit more cost than some others, but it was incredibly thorough. Our inspector was a firefighter and he gave us great advise on several area's of the new build and in particular the fireplaces we are putting in.

There were still surprises that no inspector could have caught - like finding out when we started the excavation that our garage was not underpinned. These are the types of thing that no one can forsee - not even the excavator until he started to dig.

There were more obvious treasures we discovered during the inspection - like this one........... 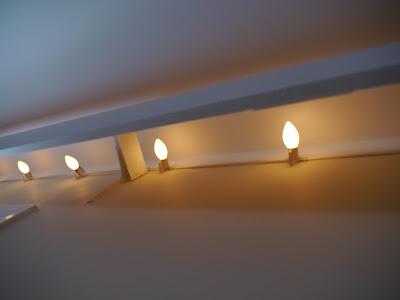 If you are staring at this picture wondering 'what the heck is that', well let me assure you so did we at first glance. This string of Christmas lights {with the cord painted white} was stapled up under the valance in the living room. It was the home owners version of under cabinet/valance lighting. The Christmas tree cord was run down through the wall and connected to a light switch on the wall. Can we say 'fire hazard'. And to make it even more special, there were fabric valances hanging up there. It's all gone now!

Add to that a few quirky finds like the tiffany blue toilet in the downstairs powder room, albeit that it is special we will part with it. There was an odd mound of plantings with a water feature in the middle of the yard, we learned that the neighbours refer to as 'the pimple'. It's been since bulldozed away.

On the first day of the digging the excavation crew discovered that the wall under the garage is cinder block and needed to be underpinned before they proceeded.


There will be a laundry room/mudroom entry off of the garage. This area will serve as our main entry allowing us to park the car, bring in the groceries and leave our shoes and coats in the new built-in closet area. The addition will extend the dining room and kitchen further out and open into the new great room.

The house was originally three bedrooms on the main floor, but many years ago one of the bedroom's was removed. The main floor was reconfigured leaving only two bedrooms and a weird assortment of large cupboards in the middle of the front entry/hallway.
The new floor plan realigns the hallway to two bedrooms in this area, adds a powder room, creates a walk-in closet for the master bedroom, creates a master ensuite bath and expands the master bedroom. There will be an additional guest bedroom and full bath added to the lower level.


The Angel stone around the fireplace surround was taken down and saved, we will be using it to match the same stone on the exterior during the redesign. The exterior stone and brick will be tinted a medium gray colour {more info later on Perma Tinting the exterior of the house}. Every window will be replaced with new energy efficient windows. The windows in the living room will be moved over, the fireplace will have a new face that includes a wood mantel and marble surround.

Richard told me that once we got rolling on the project and we started opening things up I'd feel better about the process. But the day I came in and saw this I was really worried - and scared.

Richard and I had a play date on Saturday - picking out door nobs, handles, searching for another bathroom vanity. Before we got on the road we stopped at the house to check the progress. 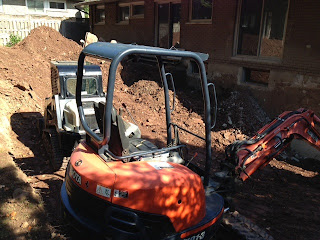 And there I was on the mound of clay in flip flops and white pants.

We did find a few things on our shopping excursion - so it's finally time to leave you with a pretty picture....... We stopped by Restoration Hardware and ordered this  lantern for the lanai area. Although it will be hanging in the vaulted ceiling area that is covered, Richard will wire the fixture for outdoor use.


There will be more not-so-pretty things happening along the way. But I have to admit when the concrete is poured within the week, it just might be on the list of pretty.