William and Catherine's story book romance that flourished into a fairytale wedding, has developed into a high-wattage royal couple who have extraordinary roles. Yet despite the public's constant search for dish on the young royals, they remain private and very ordinary in so many ways. 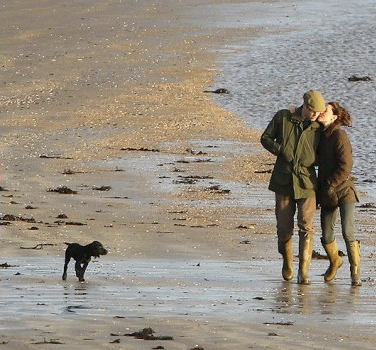 This Sunday marks the first wedding anniversary of the Duke and Duchess. The media is filled with intense interest in the couple providing a royal heir, and the bold mention that the Duchess is 'bucking the trend' of announcing a royal pregnancy within the year and a half of walking down the aisle.
Unauthorized royal biographer Andrew Morton claimed, that "if Kate is not pregnant in the next nine months, she will be defying 200 years of royal tradition" - {sound the trumpets, it just may be that a new tradition is about to be revealed}.

I applaud William and Catherine for respectfully following the power of family traditions, and for taking a quiet stand on some decisions that have brought on new traditions. The young couple has revived the image of the royal family and brought to it a fresh face, and it is a face that is wearing a generous smile. They are the future of the Monarchy and will help shape it with new traditions.

In observing what the young royal couple does best, let's keep it simple........ After all, it's really about a boy and a girl falling in love.