The Old City of Rhodes is the oldest medieval town in Europe. There are approximately 200 streets or lane ways, so getting lost is easy to do. Richard and I drove from Lindos over to Rhodes one afternoon and took in the vista of olive tree's and stone ruins along the way.

The port at the Old City is the point that cruise ships dock to allow travelers to disembark and explore beyond the stone walls. The street of Knights is the most beautiful part of Old City, it is restored and preserved. The street stretches from the New Hospital-Archaeological Museum to the Grand Master's Palace.
We slowly wandered up the streets taking in the beauty of the stone buildings and sculptures. 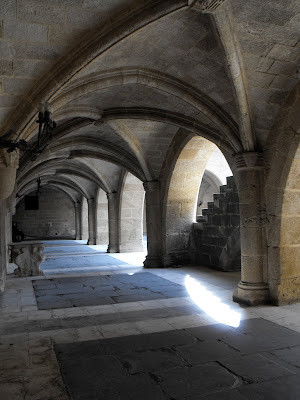 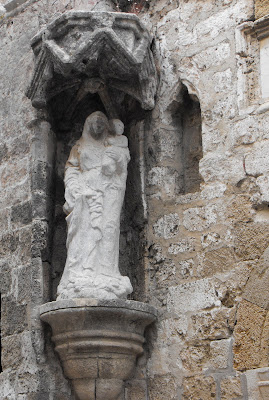 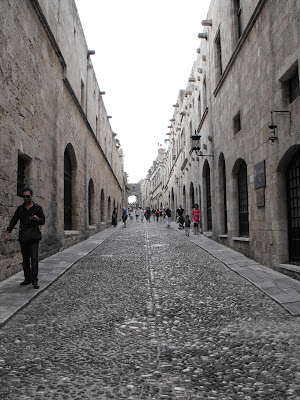 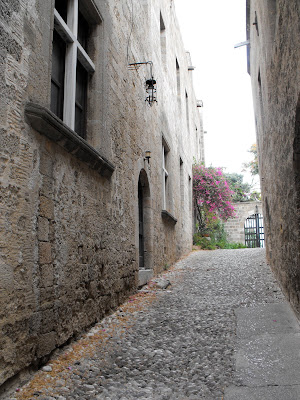 One of the most impressive sites is the Palace of the Grand Master. Within the walls are relics from the medieval period, ancient sculptures and room after room of mosaic pattern floors. 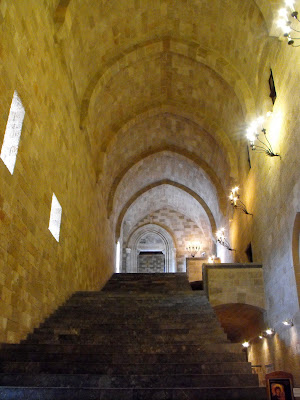 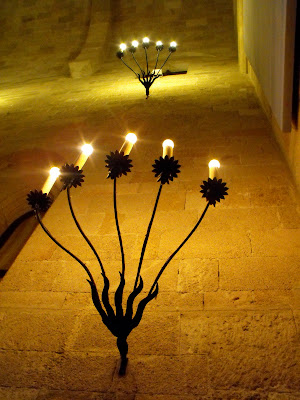 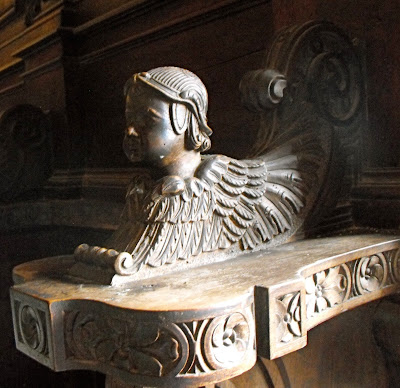 Among the endless streets are shops and of course restaurants; the difference in Rhodes is that the local tastes are more varied than traditional Greek food selections. We decided to stop and have lunch at a restaurant with a third floor balcony that offered a great view. After we ordered I headed out to find the ladies room to wash up; on my way I discovered on the walls some original photo's of a movie that had been filmed many years prior. I told Richard 'you have to go and look at the photographs'.

What a treasure for my film fanatic guy; the pictures were from the movie 'The Guns of Navarone'. Richard was thrilled and mentioned that he had thought of the movie when we first arrived because the vista reminded him of the 1961 classic film. 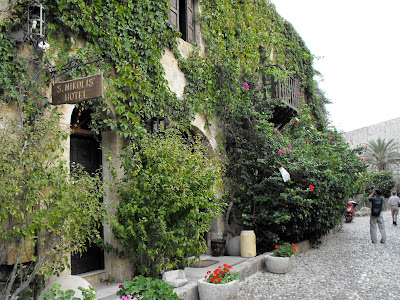 We frequent a Greek restaurant while at home, and prior to our trip the owner gave us details on his family restaurant in the Old City and suggested we visit. We managed to find the spot among the hundreds of shops and restaurants, albeit that we did not have the opportunity to eat there. The octopus was hung up to dry on a clothes line outside like a pair of pillowcases blowing in the wind. 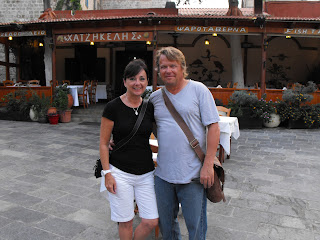 We had a memorable trip, a thousand plus pictures and several quirky video's to remind us just how memorable the trip was. I can recall something very special at each point along our journey. But mostly, the thrill was that Richard was there holding my hand at every step we took and sharing the experiences together. 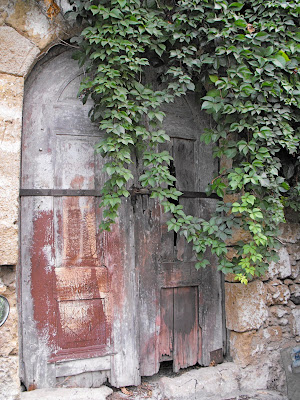 Posted by Katherine at 1:03 AM