On his 66th birthday in January, David Bowie emerged from a decade long recording silence with the release of a new single {Where Are We Now}. Bowie's 30th album {The Next Day} which released this month, was recorded in complete secrecy over a two year period with the collaborative efforts of long-time producer Tony Visconti.

When you are a rock legend and you need to rejuvenate your creative juices, the hide away has to be as an oasis of tranquility. For Bowie and wife Iman, the island of Mustique offers the seclusion and beauty they required.  Here is a brief look at the 'Sapphire in Mustique', as Bowie himself referred to the Indonesian styled home. 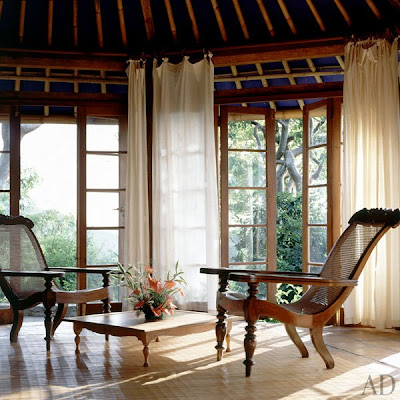 The guest pavilion was constructed in Bali by designer Michael White and was reconstructed on site. The octagon shaped pavilion is made with palm tree trunks and features an ornamental bamboo ceiling. The 19th century planters chairs offer a relaxing place to sit and drink in the view. 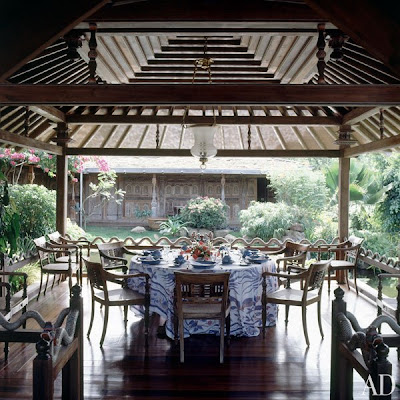 The teak dining pavilion is free-standing and features an English glass lantern - circa 1825. The carved balustrade depicts the Naga, the symbol of immortality. 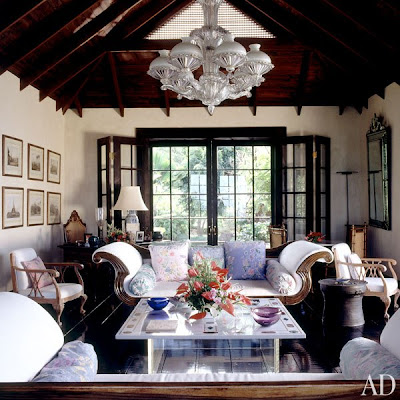 The formal 'British retreat in the tropics' style evokes a calming elegance. Antique beveled glass was used to create the interior window shutters. The crystal oil chandelier that hangs center point in the room is circa 1850 and was a find in London. 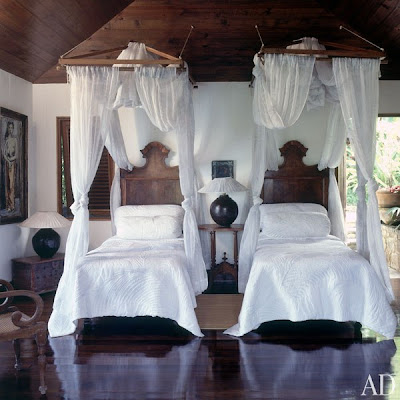 Floors in the guest room feature South American greenheart to deter from termites. Bedding and mosquito netting was silk screened with a palm pattern bringing the subtle wisp of nature to the crisp white cotton. 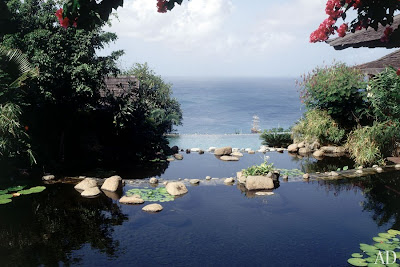 Two tranquil koi pools spill towards the edge of the swimming pool giving the illusion that they flow into the pool and then the sea. 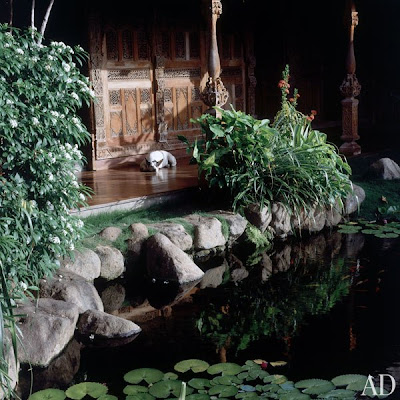 The 19th century teak carved wall that sits adjacent to the stone entrance gives visitors a glimpse of the beauty that is beyond the welcome mat.


images : Derry Moore for AD
Posted by Katherine at 11:01 PM