Give a girl a break

I've resisted writing about this subject for a few days, really I have. But since the latest scientific report from Duke University was released indicating that women are more grumpy in the morning than men ............ well, all I can say is hrumph !

But I am a night owl. So that means while my partner is wandering towards the bedroom in a trance like state, I am settling in on a project that didn't get my attention during the day, or have some quiet time to myself.
I fall asleep easily, but have trouble staying asleep after a few hours and I've learned that going to bed too early means I'll lay awake for most of the night.

All the coffee beans in Columbia won't make me a morning person!

Some of the factors that contribute to sleep deprivation in women are obvious:

Hormonal - the life long cycle of hormone issues that plagues women's physical and physiological well being. {and this could be an entirely different blog post - but gentlemen, unless you are a Doctor do not ever utter the phrase PMS - ever!}.

Responsibility overload - life can be too much for women who have full-time employment outside of the home, take care of a home and are generally the primary caregiver of children and for some, the needs of family elders. For women who stay at home taking care of children, family and home, the demands are just as great and compounded by the pressure to work outside of the home.

Motherhood - add to the stress of the day from working outside of the home or from caring for a children all day long, there are nights tending to a child's needs or illness. Sleepless nights walking the floor watching the clock.

It is important to note that while men fill the role of caregiver for their children and homes as well, the bulk of responsibility is traditionally fulfilled by women. We tend to try and squeeze just one more thing into the day from the to-do-list even if it means we reduce our amount of sleep. 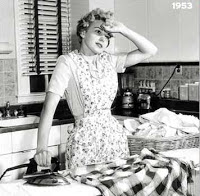 Sleep disturbances - whether you sleep alone or with a partner, noise, light, air, and temperature all play a factor in the quality of your sleep. 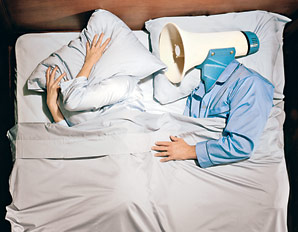 If I've had a bad night of not sleeping Richard will always ask me 'was I snoring?' {sorry Honey for revealing that - but really very sweet that you take on the responsibility for my lack of sleep so willingly}. The truth is it doesn't really matter if he snores or not ........... I'm most likely not sleeping anyway.


If people were meant to pop out of bed, we would sleep in a toaster.


Behind all of the she-versus-he kind of chattering that the media has embraced regarding the study, there are health issues with serious consequences. The headline 'women wake up grumpier' certainly got the attention of men and fire under women. But the point that Duke University scientist make is that there are serious health concerns and risks for women related to the lack of sleep.


Scientists have discovered that women suffer both physically and mentally if they do not receive enough sleep.  As a matter of fact, 'women need 20 minutes more sleep per day than men require. That is because of the female multi-tasking brain'; according to one of Britain's leading authorities on sleep.

In another study Professor Jim Horne, Director of the Sleep Research Centre in Loughborough University in England, remarks that 'one of the major functions of sleep is allow the brain to recover and repair itself'.


'During deep sleep, the cortex - the part of the brain responsible for thought,  memory, language and so on - disengages from the senses and goes into recovery mode. The more of your brain you use during the day, the more of it that needs to recover and, consequently, the more sleep you need.'
'Women tend to multi-task - they do lots at once and are flexible - and so they use more of their actual brain than men do. Because of that, their sleep need is greater.'
'A man who has a complex job that involves a lot of decision-making and lateral thinking may also need more sleep than the average male - though probably still not as much as a woman'.


According to Duke University Dr. Michael Breus;
'Women suffer more than men, both mentally and physically, if they are forced to skimp on their sleep'.
'Women are at higher risk heart disease, depression and psychological problems, sleep-deprived women have extra clotting factors in their blood, which can lead to stroke. They also have higher inflammation markers, which indicate developing health problems. As inflammation markers are also linked to pain, women can literally be in more pain when they wake up.'


Women with sleep deprivation are at a higher cardiovascular risk. Emerging evidence also suggests a potential role for sleep deprivation as a predictor or risk factor for conditions like obesity and diabetes {per womensheart.org}.


My sleep deprived self is guilty not doing any of this!


It is much more than waking up feeling groggy or grumpy, it is about your good health.

Are you a night owl or a morning person?
What is your sleep routine?