Ruler of the Waters 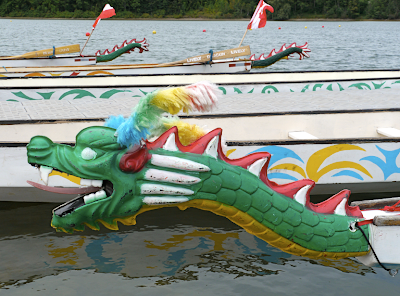 In China, Dragons are traditionally known to be rulers of the rivers, seas and lakes. It seems natural that these 'rulers' would depicted on long human-powered boats for the paddling sport know as Dragon Boat racing. 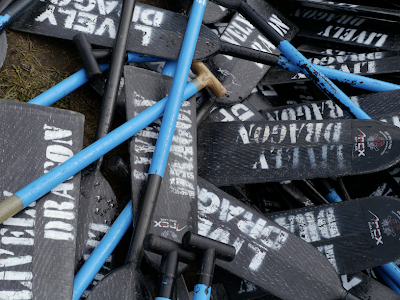 Richard and I ventured out to the waters of small lake a few weeks ago to watch the amateur dragon boat race that my Sister was participating in. We discovered that the beating of the drums is more than just creating a rythme for the paddlers, it really is a heartbeat that makes the crowd roar and the dragon's come alive. 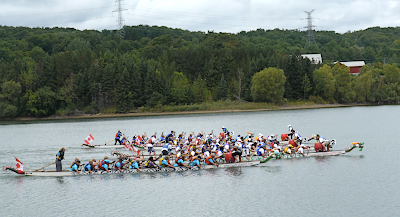 In a summer that has been filled with scorching hot days, the one day that my Sisters boat race was held on......... yes, it was cool and rainy. But the spirit of the amateur paddlers couldn't be dampened, and the teams gave their all with the Rotary Club of Oakville benefiting from the generous donations.


It first surprised me when my Sister told me she was joining a dragon boat team; she doesn't like to swim and let's just say that it's a good thing that she wears a life jacket. Donna's reason for joining the paddling team was to keep arthritis at bay, but the team spirit is what drives her to dig the paddle in the water with each stroke. 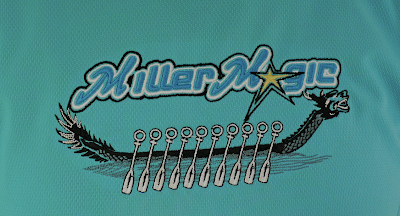 I like to hear the joy in my Sisters voice when she talks about the sport. Lifting the paddle and digging into the water is a great exercise program, but it brings with it the added benefit of creating new friendships. The all female team of Millers Magic band together at 'camp' between heats and we discovered that is where the real 'magic' happens. Friendships forge with loads of girl chatter ........ and 'dragon boat racing fashions' emerge.

The International Dragon Boat Federation recognizes that there are two types of racing - Sport racing and Festival racing. The IDBF club crews will be hosted in Hong Kong this year, and in three years (2015) the club crews from around the world will race in Canada (in Welland).


The International Breast Cancer Paddlers Commission (ICPC) is an International organization based in Canada, with teams of paddlers who are all breast cancer survivors. Richard's Sister Deb joined the 'Pink Paddlers' team this year {read about her bell ringing celebration HERE} and she races on Lake Ontario.
Deb is no stranger to pushing herself to the limit, and in addition to paddling she runs marathons and bike races without blinking an eye. I am in awe of Deb. 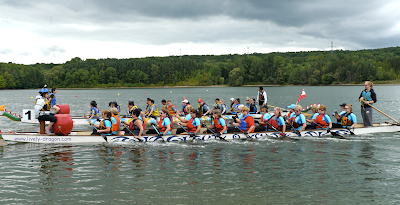 I am impressed by the efforts of both of our Sisters who decided to
rule the waters for the better of their health.

Posted by Katherine at 1:31 AM