This Sunday {August 5, 2012} marks the 50th anniversary of the passing of Marilyn Monroe. I was a few months shy of my fourth birthday when she died, I think about that now and I'm amazed how much her image has influenced me over the years. Truthfully, Marilyn's image is larger than her life itself and it continues to influence to this day.


These two images are my favourite pictures of Marilyn. I am unaware of the source, if anyone can provide photo credit I will update the post.
I like these pictures because she seems so relaxed, especially the first image where she is sitting up. It gives off a vibe that says you could just sit down and start chatting with her as you would with a close girlfriend.


Marilyn's estate continues to this day to generate millions of dollars per year. She was ranked third on the Forbes annual list of deceased celebrities for 2011 {behind the earnings of the Michael Jackson estate, and Elvis Presley estate}, with the estate generating 27 million dollars for the year. 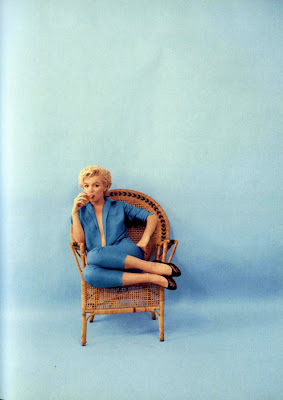 The estate was sold to Authentic Brands Group in 2010 who are working on lending her likeness and name to more defined {and hopefully elegant} projects. Jamie Salter, CEO for Authentic Brands notes that "it's women who have kept Marilyn alive", and so the interest in the Hollywood icon is best generated to products that women embrace. The upcoming projects include high end perfumes and cosmetic brands. 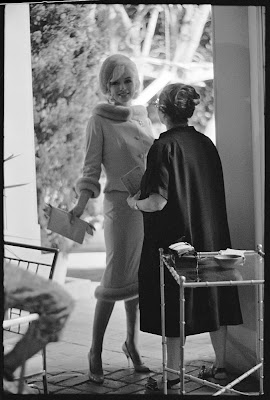 So what is it for us as women that draws us in?

She was a sex symbol of her time and there were other women who had just as much sexual overtone to their persona as Marilyn. Elizabeth Taylor, Brigette Bardot, Jayne Mansfield, Ursula Andress and Racquel Welch. But Marilyn stood out.

Marilyn oozed sexiness with her curvy figure. For me it is how she displayed a soft feminine sultriness as well, combined with her mega watt smile. It all equates to feminine charm. 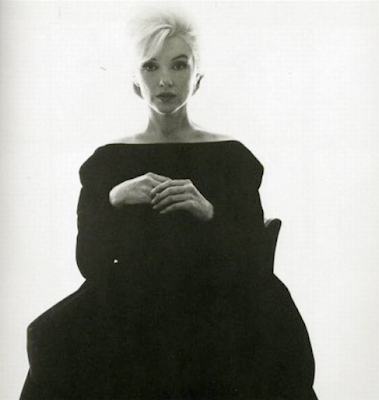 There is a 26 foot high sculpture of Marilyn in the 'dress breeze' pose that has been moved from Chicago to Palm Springs. This weekend an Elton impersonator will sit at the foot of the sculpture and sing 'Candle in the Wind' as part of a tribute to the late star. There will always be impersonators and wanna-be's, ugh!
With that note, I hope that Authentic Brands moves quickly on the re-branding of Marilyn's image to help portray the sultry actress as the soft and feminine woman she was. 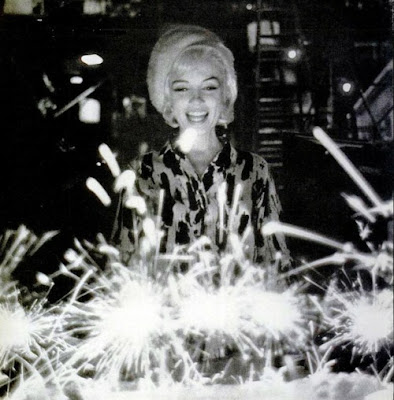 Elton John and Bernie Taupin's famous song Candle in the Wind became a classic because it depicts the truth.

"Your candle burned out long before, your legend ever did".

Remembering a beautiful legend.
Posted by Katherine at 6:34 PM