We have been home from an extended long weekend in New York City for several days.............  but the week has been insanely busy, so downloading images and posting had to wait.

There is a valid reason why they say New York is the city that doesn't sleep. Whew! It was a weekend without rest, but it was so much fun!

Richard and I agree that our favourite spot in New York is the Boathouse at the lake in Central Park. The willow trees blow along the waters edge while people paddle in row boats. Peaking over the canopy of the tree tops is a neat row of buildings that showcases some of the stunning architecture that is so abundant in New York.

We enjoyed bevy's on the lakeside dock one very hot afternoon while we sat and  watched the gondola driver maneuver people around the volume of row boats. I couldn't help but marvel at the huge rock formation that dots specific spots around the park; in particular the bedrock that seems to flow down into the water along side of the lanai of the boathouse. You begin to feel as if you are in cottage country, rather than right in the middle of the hustle and bustle of one of the busiest cities in the world.

We wandered up through Central Park loving every step along the way. The lushness of this property comes from the 26,000 tree's that dress the landscape of the park. The canopy of American Elms, all 1,700 of them, stand strikingly tall with their branches waving like arms above your head. When we walked through the path beneath the elms I knew that no matter what season you wander through Central Park, it is always a scenic journey.

The noise of the city seems to disappear when you are in Central Park.

A view of the city from the perch of Belvedere Castle.

Beyond the iconic spots to visit in New York, there is an array of great shows playing on Broadway. We went to see Spider-Man, Turn Off the Dark; a 75 million dollar production with a musical score written by Bono and the Edge.  It was boldly evident that U2's front runners are in charge of the Broadway-ized musical direction. The elaborate technical show, based on the fictional comic book super hero features Reeve Carney as the neighbourhood friendly web-slinger. The performance we took in showcased alternate Spider-Man Matthew James Thomas, who proved his capabilities when he sang 'Boy Falls From Sky'. His voice is spectacular. 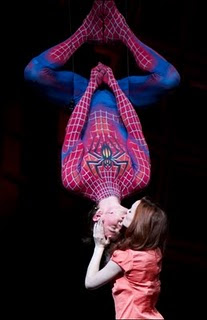 Jennifer Damiano's vocal control and range filled the Foxwood Theater and sent goosebumps up my arm. The audience cannot help but feel the delight when her crystal clear voice rises through the range in 'If the World Should End'.

There cannot be a comic book hero without a villain causing havoc. The audience feels the thrill as Patrick Page morphs from scientist Norman Osborn into the Green Goblin. Page was made for this role and clearly delights in the the opportunity to portray the genetically altered green bad-boy. I laughed out loud at how much fun Mr. Page was clearly having playing a mutated freak. 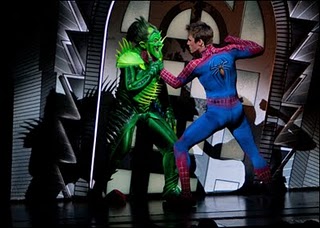 Although no strings or webs were involved, we morphed from the comic book production to the theatrics of fashion hero Alexander McQueen's 'Savage Beauty' Fashion Exhibit at the Met. The fashion curious crowds visiting the exhibit have reached over 650,000, and will continue to climb before the wardrobes are packed away at the final closing Sunday night at midnight . We were fortunate to get into the exhibit with a MET Members priority pass that allowed us to bypass the 2 hour wait in line, an opportunity that has since been revoked. 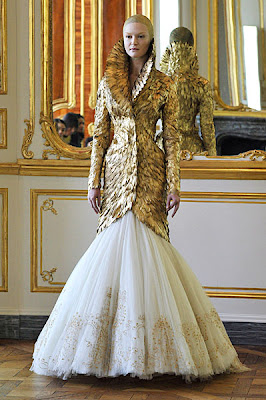 The bespoke British fashion designer and couturier is best know for his emotional injected and provocative fashions. Lee (as he is most know to industry insiders), made his mark when he lent his creativity to the house of Givenchy for five years. McQueen was one of the youngest designers to earn the title 'British Designer of the Year', an accomplishment that he achieved four times. 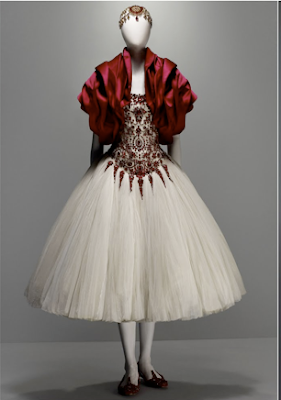 McQueen's collections always elaborated 'themes'; once from the inspiration of Elizabeth Taylor in the movie Cleopatra, and then the creations morphed into darker productions that at times seemed like visions from lucid dreams.
Lee dressed them all.... Prince Charles, Gorbachev, celebrities Sarah Jessica Parker, Penelope Cruz, Nicole Kidman, Cameron Diaz to name a few.
McQueen provided the 'love to shock' exposure in his collections and often portrayed scenes of death, violence and masochism in his runway creations. More than anything McQueen created a 'mark' on the fashion world that will never be forgotten.

And then there is Times Square..... which is electrifying. The energy level of people visiting and wandering is incredible. I began to wonder if we were all feeding off of the power from the magnitude of lights. You cannot help but feel happy and 'lit-up' being in the middle of these blocks. Standing in the center of the multitude of screens and lights, I could imagine the excitement on New Years Eve.

We visited some of the usual places..... Rockefeller Square, the Central Library, etc.
But one of the places that I love is Grand Central Terminal {did you know that Grand Central STATION is the post office?}. The preserved architectural details take you back in time and you can almost imagine the throngs of visitors who have entered the doors of the station.

In the main concourse hangs an American flag that was hung after the September 11th attacks on the U.S. The four-faced clock at the top of the information booth is a preserved masterpiece of design. The clock faces are made from opal and have an  estimated worth between 10 and 20 million dollars. The information booth is pagoda style and made of marble and brass, the ticket booths have the same finishes. As you step up to the ticket booth you feel as if you have stepped back in time, and you can easily imagine travelers for the past one hundred and fifty years passing through this majestic space.

Of course the adventure to New York wouldn't be complete without a bit of shopping. Fifth Avenue is the spot to find everything you could ever want. Versace, Gucci, Harry Winston, Chanel, Saks, Bergdoff Goodman, Armani, and the store I really wanted to visit...... Tiffany & Co. 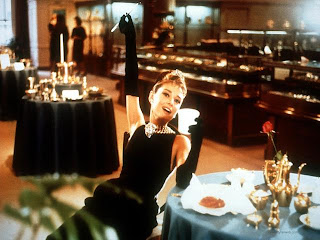 Not only does the flagship Tiffany store have items that are not available in any of their other locations, but the store is iconic because of the movie 'Breakfast at Tiffany's' {my favourite movie and yes, I'm a huge Audrey fan}.
Just wandering through and admiring the extreme baubles in the showcases was enjoyable, albeit a bit frightening for Richard. The concierge agreed to rescue him if I wandered too deeply among the counters filled with diamonds.

The Tiffany Yellow Diamond : 'Bird on the Rock' (truly an understatement)  is on display at this location. The 128.54 carat stone boasts 90 facets of brilliance and is an antique square cut. The stone was last valued in 1983 at the tidy sum of 12 Million dollars....... hmmm, no need for the concierge to rescue Richard.
I took a photo and quietly walked away. 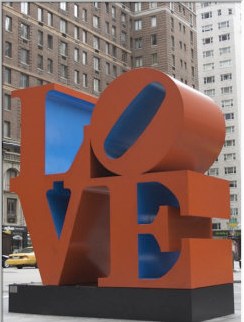 Posted by Katherine at 2:34 PM