About a year and a half ago Richard found an antique chandelier at a shop in town. The piece was in much need of love and repair - but he was up to the task and he has the skill to re-wire lighting. The chandelier stayed in the box and was put aside until Cardinal House renovation was nearing the finishing point.

We had a lot of time to shop ..... too much time to shop as a matter of fact, while we waited for approvals during our renovation process. While shopping for other light fixtures we visited Turn of The Century Lighting in Toronto. Be - Still - My - Heart. They had everything we were looking for and would restore the broken chandelier for us. We had our hands full with the renovation and frankly were exhausted.


We handed the piece over to the restoration crew for assessment. The chandelier was much older than we first realized - which means drilling for new wiring. One of the arms was broken and needed repair/building. 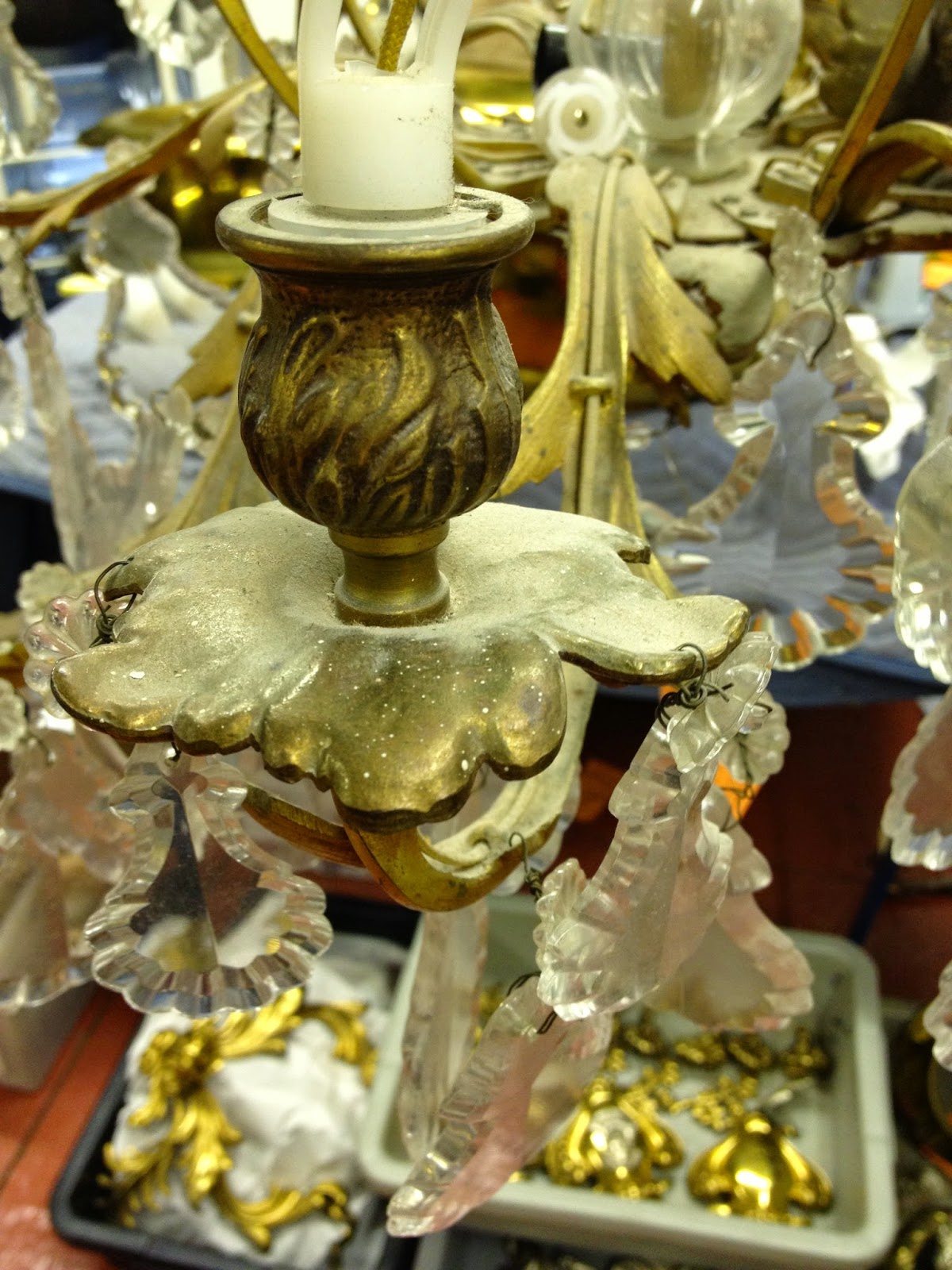 The entire fixture needed cleaning and the repairs would be colour matched. The estimate for total reconstruction was 4 times the cost Richard paid for the broken chandelier. But the estimate of value once restored was three and half times the repair bill. Now it wasn't sounding so bad. 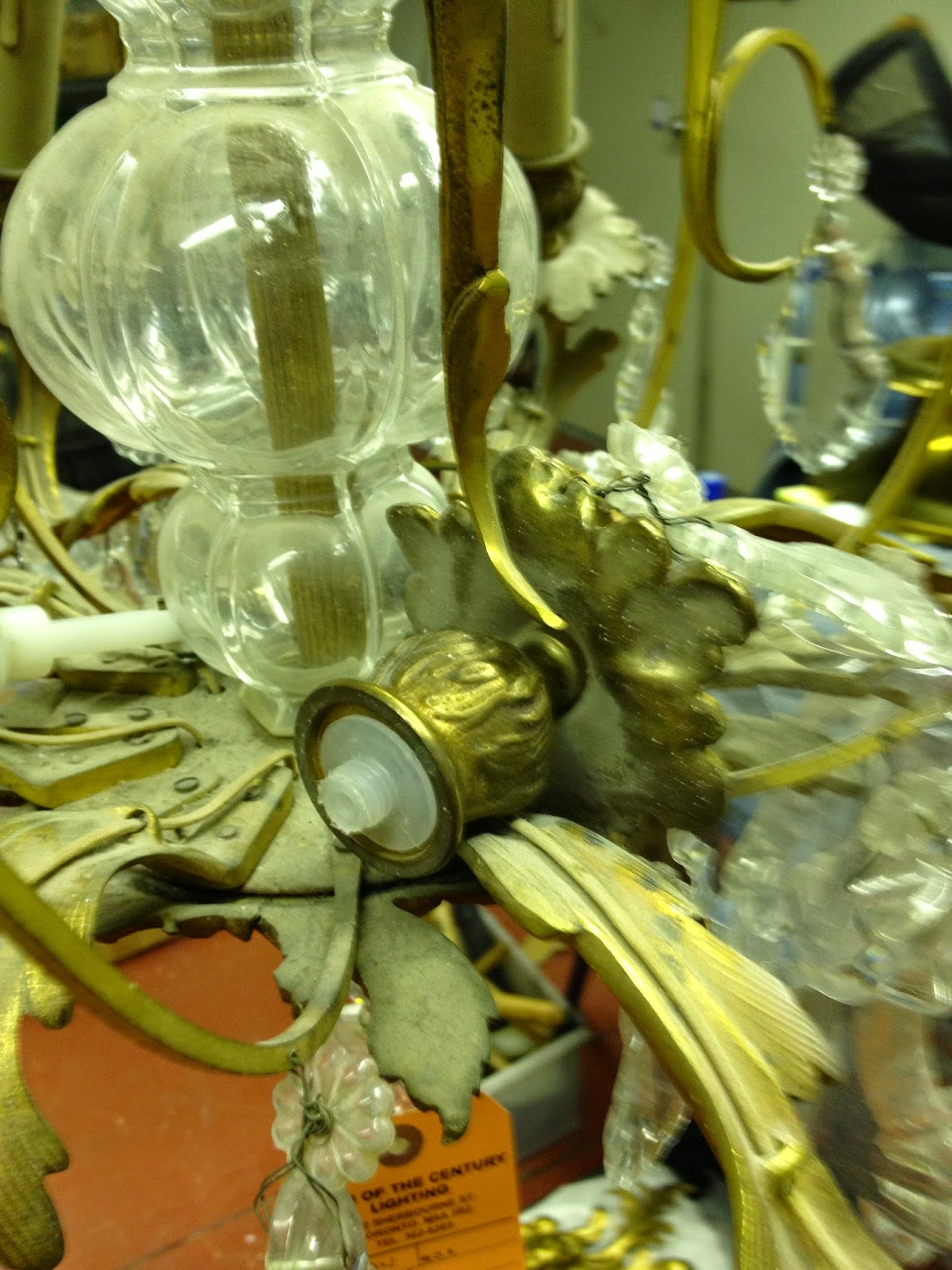 The repair costs were less than we likely would have spent on a brand new chandelier, and a new chandelier wouldn't have had the history that this piece does. So we decided to proceed.
When we went to pick this gorgeous girl up {and let me say my pictures don't do it justice} they told us that it was a bigger job than even they anticipated. I am so impressed with the work they did on our chandelier. How they got the center glass clean and clear is a mystery - it just gleams. 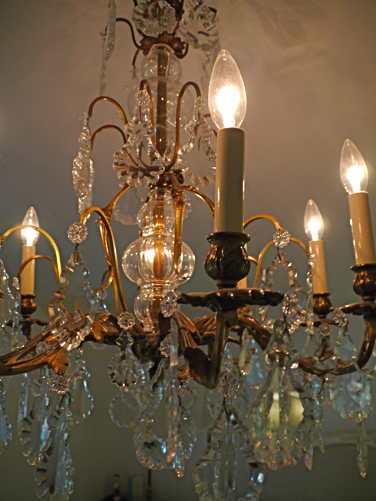 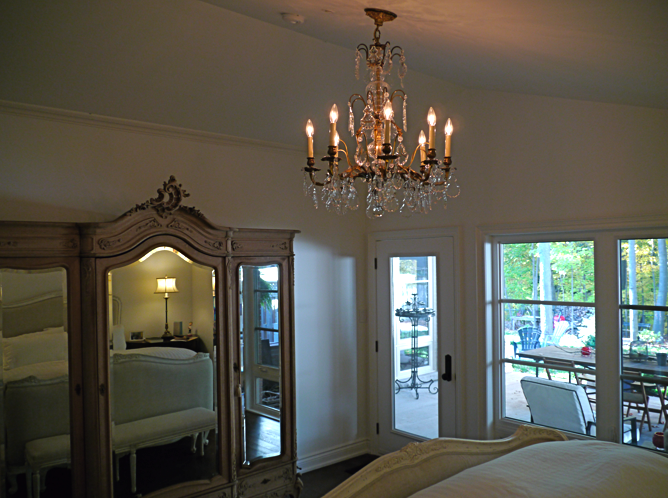 The chandelier is large and a good balance to the vaulted ceiling in our master bedroom. All of our lighting is set on dimmers and once we find the right tone of LED warm chandelier lights, it will be outfitted with new bulbs.

Sometimes investing in an antique piece means that you invest in restoration by skilled artisans. Richard and I love the ambiance of the French chandelier in our new bedroom, it's a pretty compliment to the other pieces we have in the room. 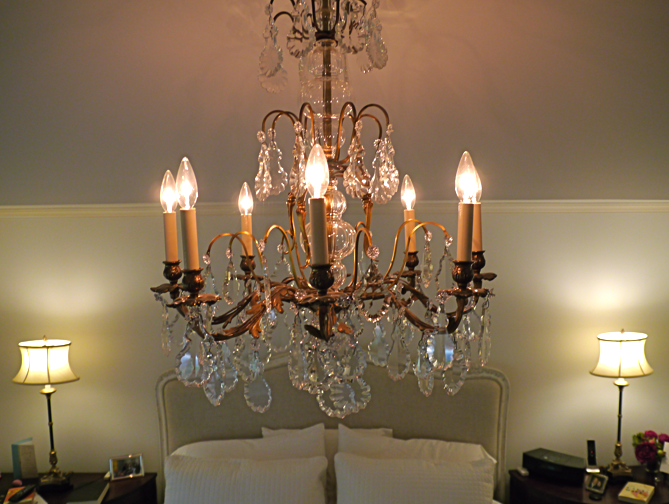