For years I made my children's Halloween costumes. The sewing machine got a good workout with the requests/suggestions for both of the kids. A tiger costume that I made one year for my Son {who is now 33} was worn another eight times by various kids. When my Son saw a picture recently of one of his other costumes he recalled how 'Mom even made a silver guitar to go with the costume'. Heck, I didn't even remember that; but it's nice to know that it created good memories for my children.

I kept a couple of the costumes that I made and one in particular will be re-used this year by my Granddaughter. The Snow White costume I made for my Daughter when she was in kindergarten - 25 years ago. This was a longer sewing commitment than the other costumes and it required a pattern. The sleeves were in nine pieces to get the colour folds and cuff. Even now I recall this one well.

I dug out a picture of Monique in the costume when she was five and showed it to her Daughter, who thought it was a picture of herself in the costume. She was amazed when I told her that it was her Mama, and then wanted to know 'who is the man' {her uncle}. At four Kya is learning the dynamics that we were all children once too. 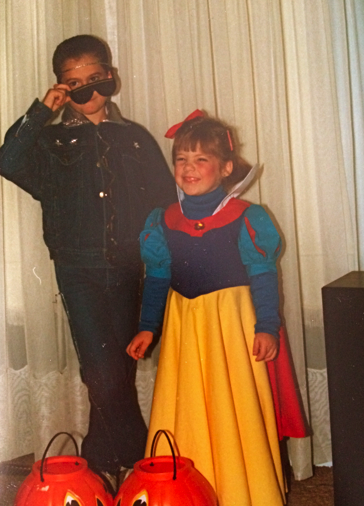 This is a picture of an actual photograph, so not the best quality. But look at my two kids - I remember the excitement around Halloween, we always had fun with the process all through October getting pumpkins ready and such. 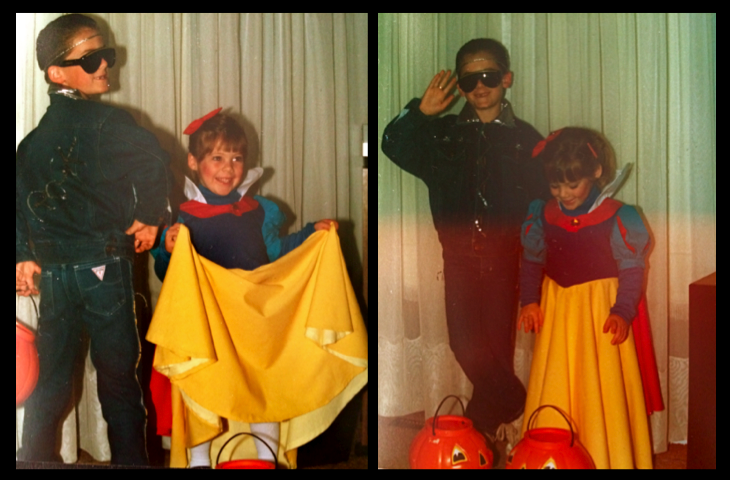 I am thrilled that my Granddaughter wore the Snow White costume this year when she went trick or treating. It makes me teary eyed when she swirls around in the dress, just like her Mama did.


Kya was only five months old the first time she had a Halloween costume. Each one of the costumes has required some sort of sewing, sparkles or adjustments {the hats are always way too big}, and I'm really happy that I can do this for her. 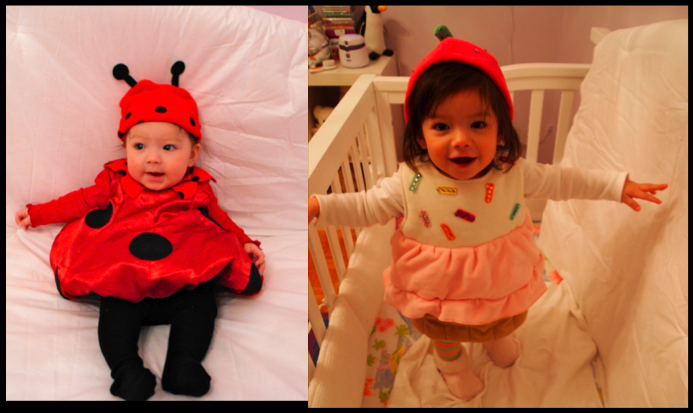 3rd Halloween - Madeline. She was the talk of the town - literally.
4th Halloween - Jessie from Toy Story. We had to have the red sparkle boots too. 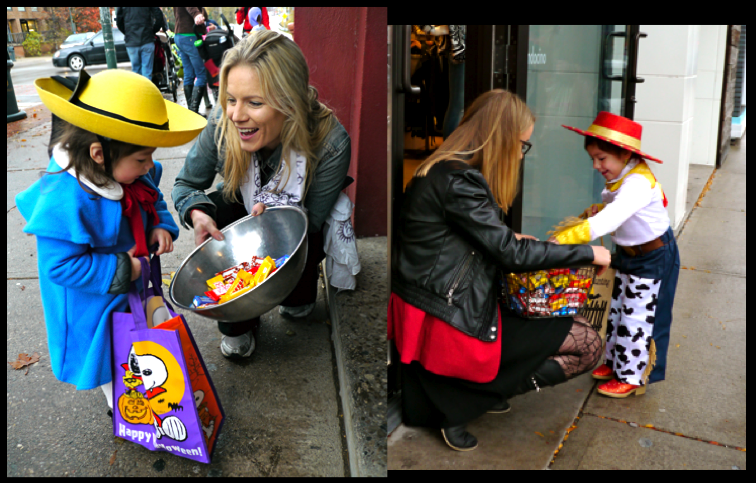