The Duke and Duchess of Cambridge are in the South Pacific as representatives of the Queen for the Jubilee celebrations. As always, all eyes are on the young royals and in particular on Kate. What the Duchess wore - her shoes, her handbag, her hairstyle. We are obsessed with Kate and it's understandable, she has a classic elegance and beauty.

Theirs is a love story that the world wants to read about. 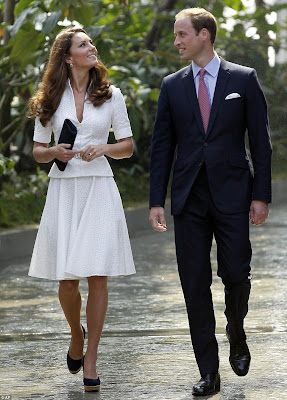 The media is constantly querying her appearance suggesting that Kate is pregnant. They flip from one side of the coin saying she is too thin, to the other pointing out a possible baby bump. Don't we all have great 'skinny' pictures of ourselves and a few pictures that make us cry out 'I look so fat'. It is all about the angle of the shot and our posture. 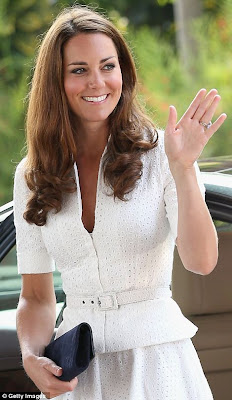 The Duke and Duchess arrived in Singapore and went straight from their flight to begin the personal appearances. The temperatures and humidity is almost unbearable, with reports of local residents fainting while waiting to see the royal procession. 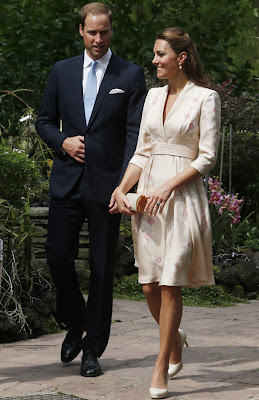 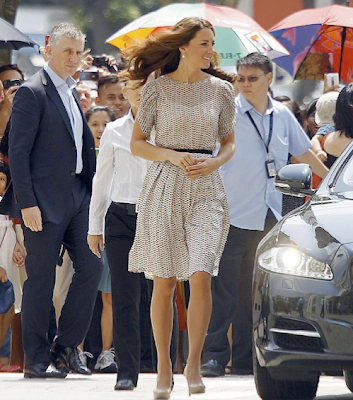 The media rolled with speculations that Kate was expecting because she drank water at a reception rather than wine. Seasoned travelers know that increasing your consumption of water while flying helps to keep you hydrated and eases the jet lag conditions. Imagine stepping off a thirteen hour flight with a seven hour time difference to immediately greet crowds of people. Add the overwhelming temperatures and a humidity level of 70%, I know I would seem a bit weary. 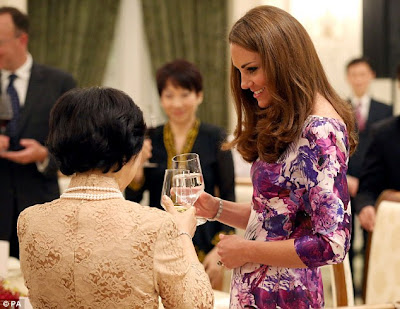 I applaud Demi Lovato for voicing her opinion on the 'media's consistent need to fuel the pregnancy rumours' {read it here}. Miss Lovato makes the valid point that this is why men and women {in particular} have body image issues.

Below is a picture that fueled speculation with comments about Kate's 'expanding waistline' {seriously ?}. Any woman who has worn pantyhose in ultra hot weather will attest that the number one feeling is bloating - the waistband is binding your midsection and your body is screaming to take the hose off.
Even William, who mentioned during the state dinner that 'the jet lag is the hardest', looked a bit uncomfortable at times with the overwhelming humidity.

I encourage the media to forget about a potential 'baby announcement', if and when it happens the world will know at the same time with a news release from the palace. 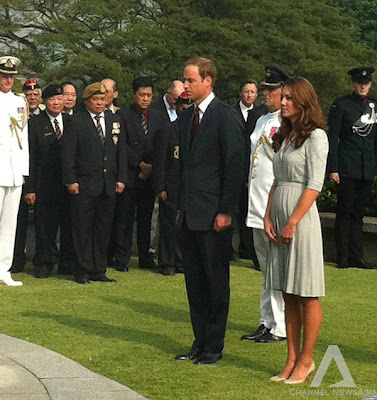 The Queen couldn't have better representatives for her jubilee celebrations than William and Catherine.  At times I have to remind myself how young they are, their level of maturity and poise is well beyond their age. From the emotional presentation of the orchid named in honour of Diana, Princess of Wales, to touring memorial gardens and glittering at a state dinner; the young royals shine.

Here are some pictures of the happy couple as they tour the South Pacific. 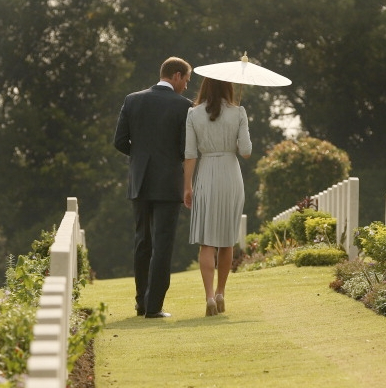 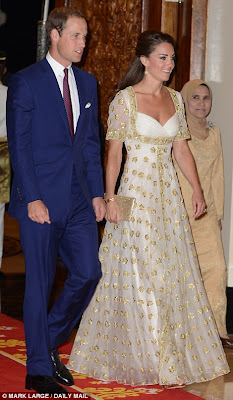 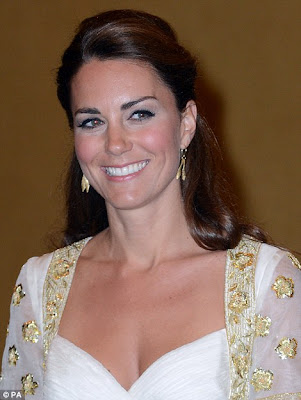 Posted by Katherine at 4:53 PM