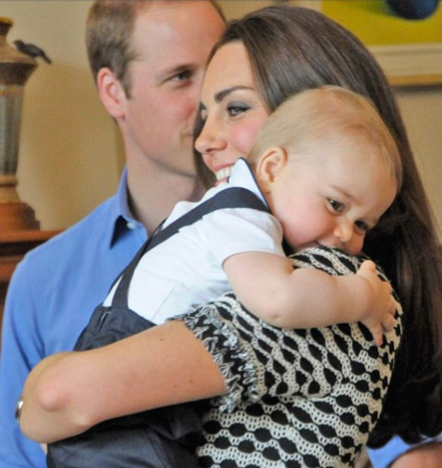 I can't resist this picture of Prince George hanging on for dear life to his mother. Kate wears the glow that most mother's would feel when those chubby little arms embrace you a bit tighter. There is no better feeling in the world.

Tomorrow marks the first birthday of little Prince George, who along with his parents have caught the attention of the world. In an interview with Max Foster {CNN} Prince William said he and Catherine are excited, as most new parents are, to show their new son to the world. People can't help but compare as we do with most new additions to the family - 'he looks like his dad.... he has his mother's grin....'. Baby George is a pretty cute combination of both his attractive smiling parents.

The 'news' question this week has been 'what do you get a Prince for his first birthday?'  It's reported that his parents are giving him a wooden train set {ok, so pretty average like most of us}. There will be a discreet family celebration at Kensington Palace with his Great Grandmother noted as the guest of honour.
But the crew at Hangar8 {a UK private jet company} have a different idea on the celebration and repainted a Bombardier Challenger aircraft with a giant birthday wish. The aircraft was morphed into the largest greeting card by the design studio Andrew Winch. The price tag ? approximately $220,000 Cdn. Excessive? - think of it as a marketing campaign and the attention they will receive from the efforts. Pretty good value. 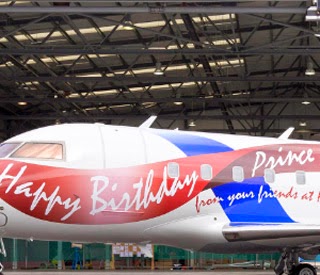 Here are a few of my favourite images of baby Prince George. 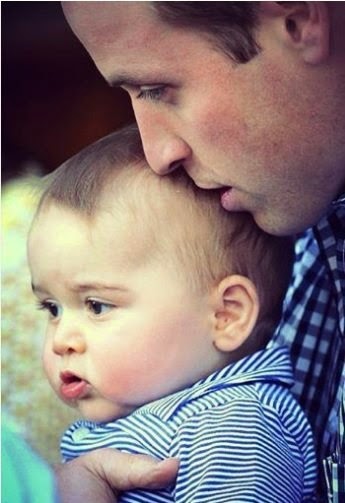 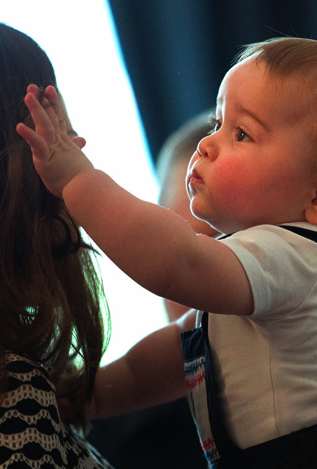 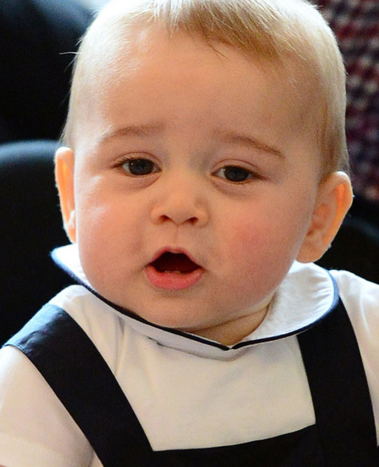 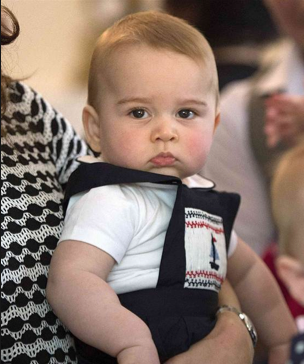 And the official first birthday portrait taken by John Stillwell, who was surprised at just how quick the new toddler was on his feet.
"He was walking towards me – I was kneeling down to take the picture and he was on top of me as soon as he started walking." 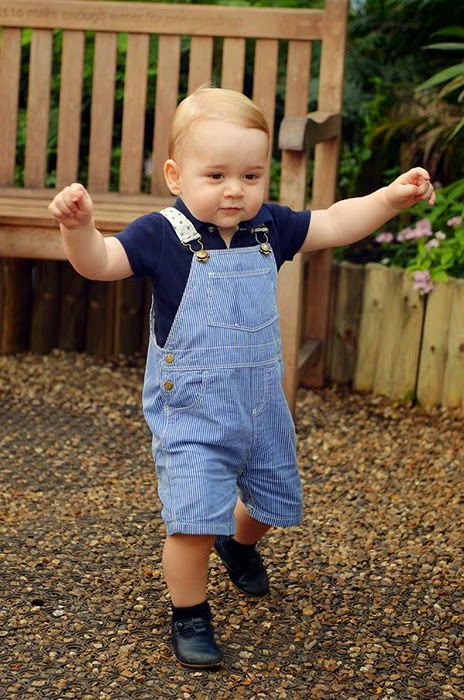