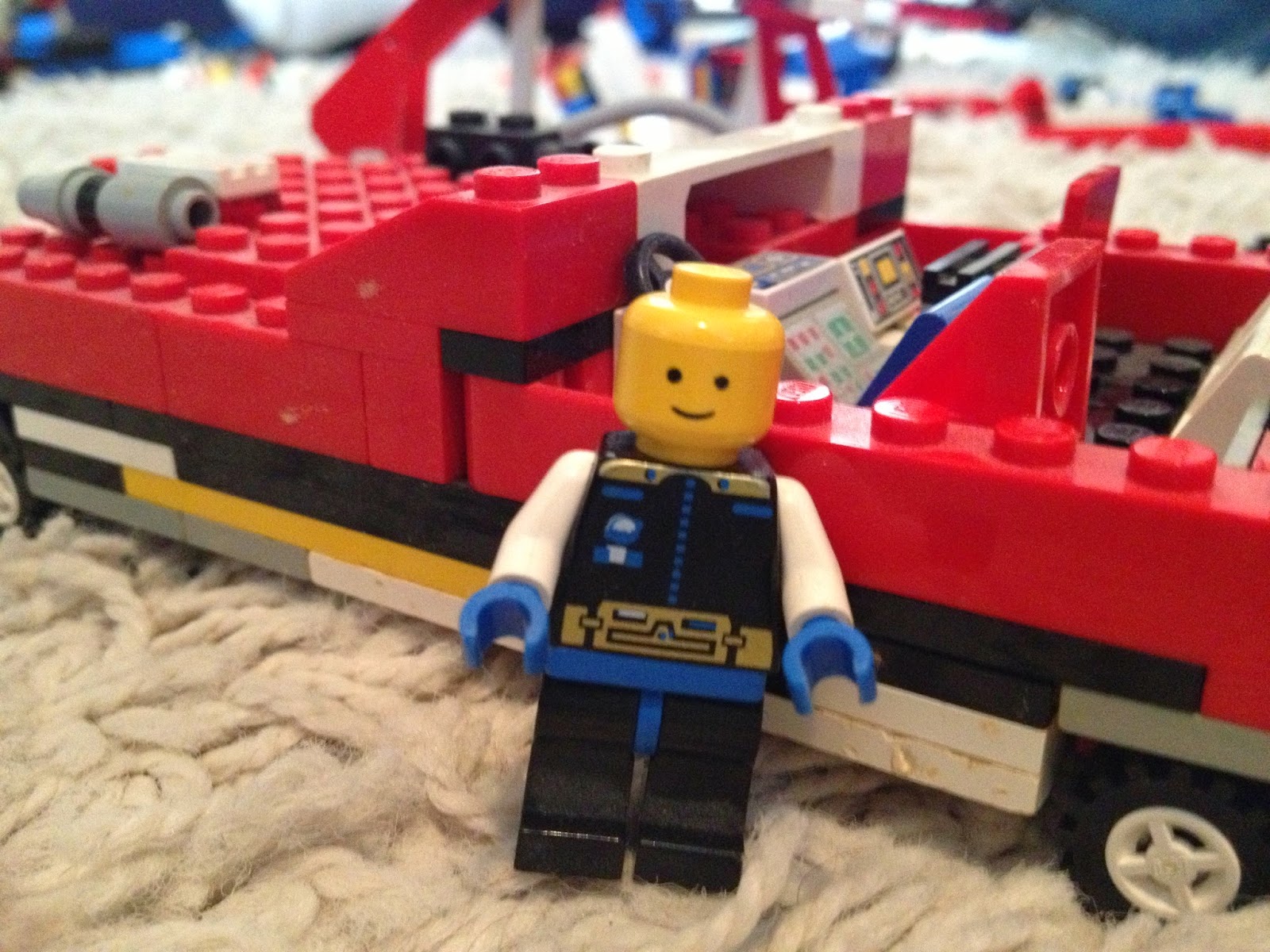 There isn't anyone around who doesn't recognize these little guys, and if you are a Mom you have likely swept a few up in the past or had the pleasure of unexpectedly stepping on tiny Lego pieces.

Both of our son's have a box of their childhood Lego tucked away.  I wonder was it that they just couldn't possibly face the idea of parting with the little snap together blocks, or was there something in the back of their minds about future generations who might play with the colourful pieces. 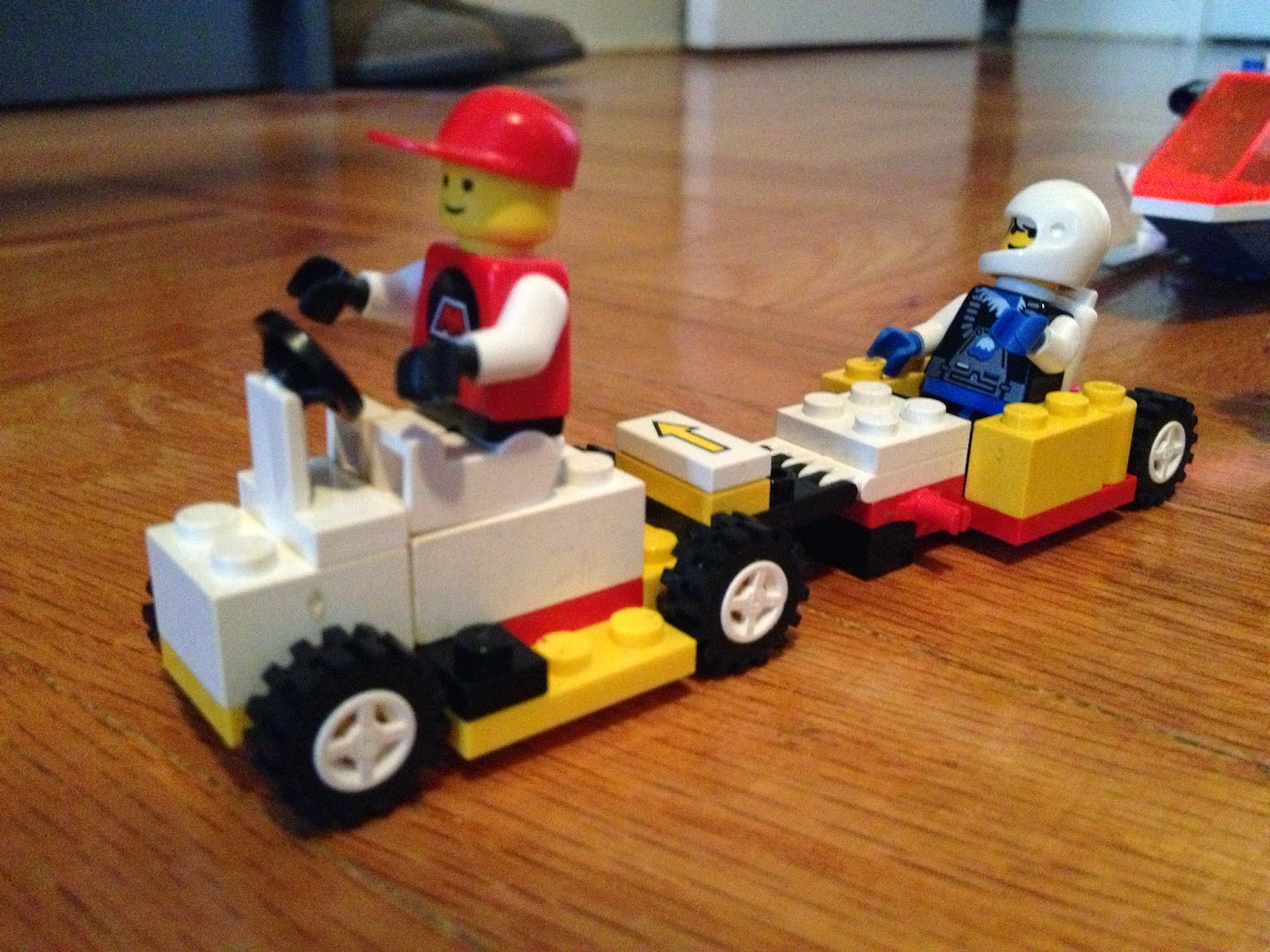 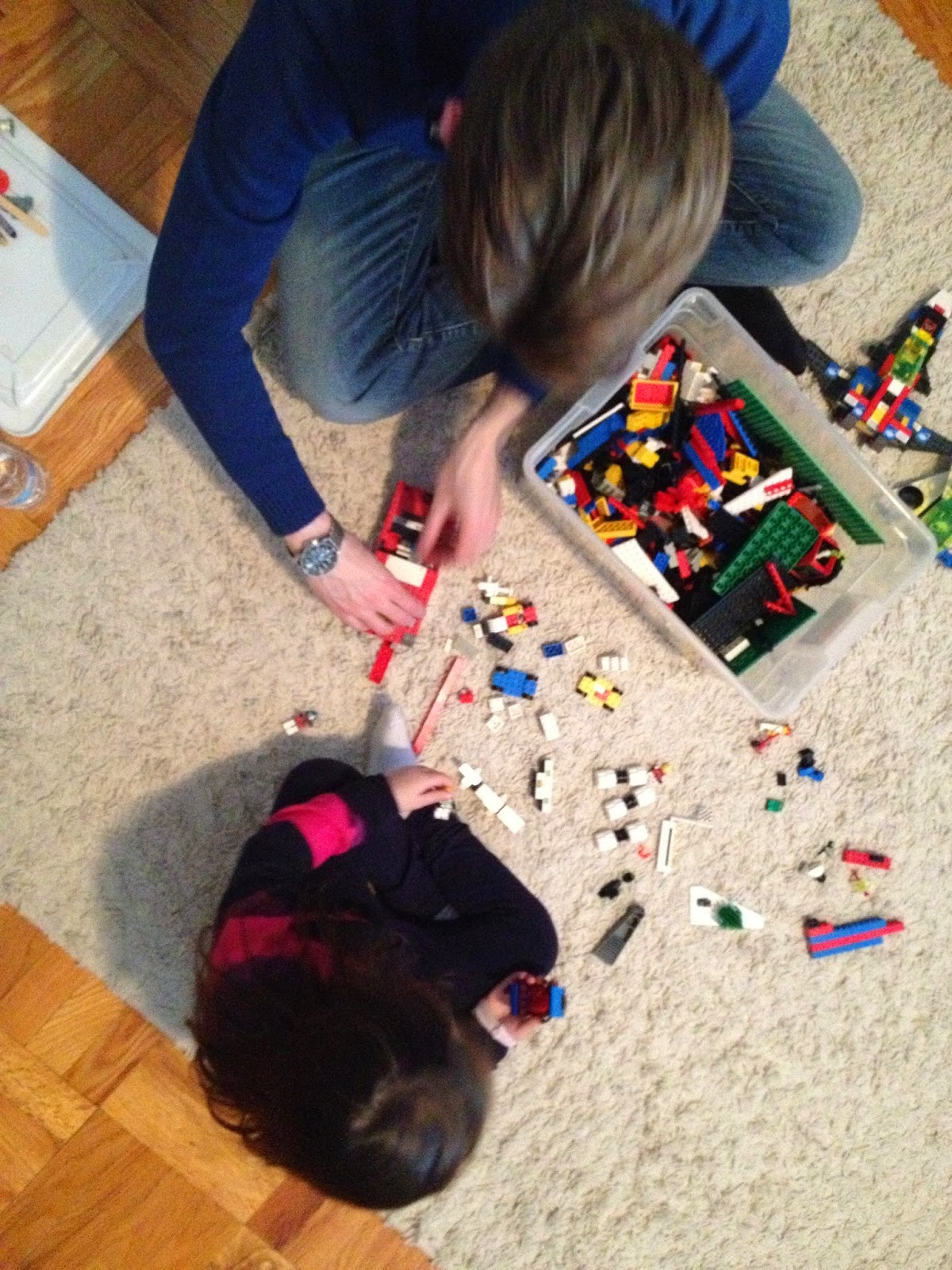 I suggested that the box be emptied on a carpet rather than the wood floor. I still recall the crashing and swooshing sound as my son searched for specific pieces to create his masterpiece. At times I would wonder if he had broken something - but it was always just the Lego construction going on. 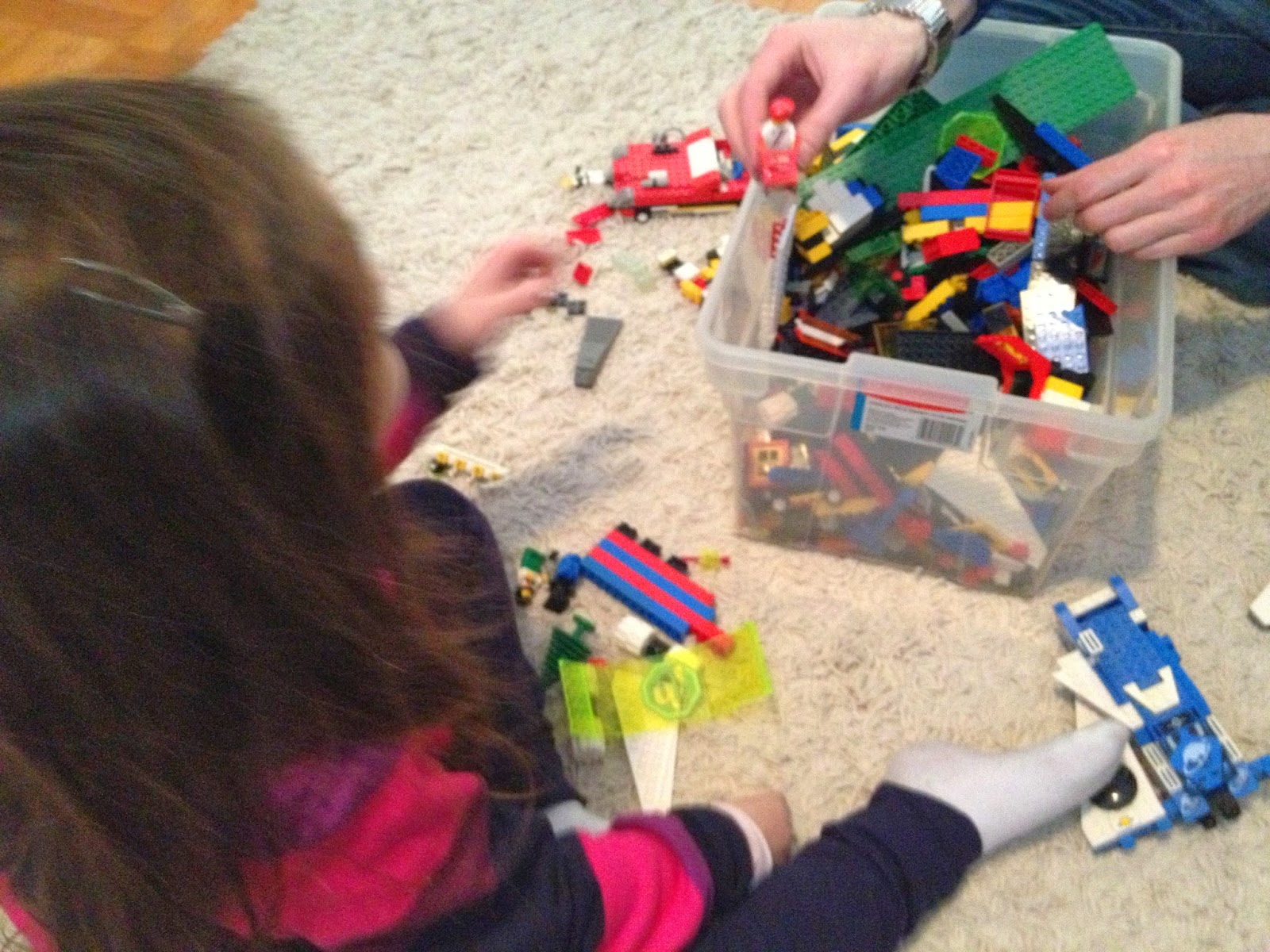 I sat back on the floor and watched as they discovered various bricks, gears and mini-figures together. For my Son it was a steady stream of reminiscing and recalling how they characters linked together. For my Granddaughter it was learning from a pro just how it's all done {which included learning to use the special tool to 'undo' the bricks that were stuck - bonus! }. 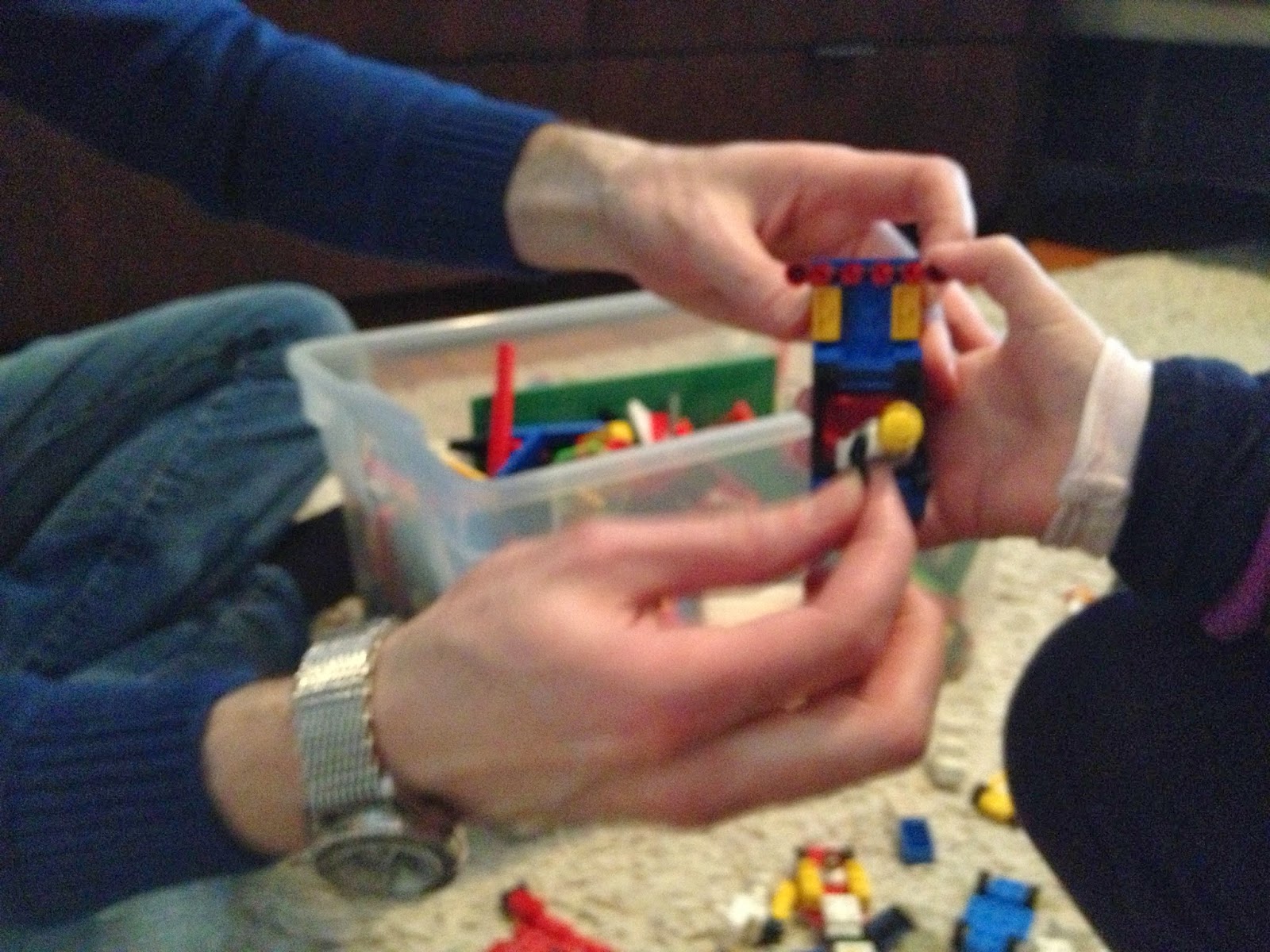 As always, at the end of day together my Granddaughter asks me, 'what was the best part today'. This one was easy. I watched my Son show his niece the fun of building and using her imagination to create a story with the characters. Uncle Dallas was a hero.
And seeing my granddaughter listen so carefully to the details and then amaze her uncle once again with her vivid imagination was priceless.

What can I say - the saved box of interlocking plastic toy bricks may have been treasure to my Son and Granddaughter, but the best part of the day was witnessing how time stood still while they played together. 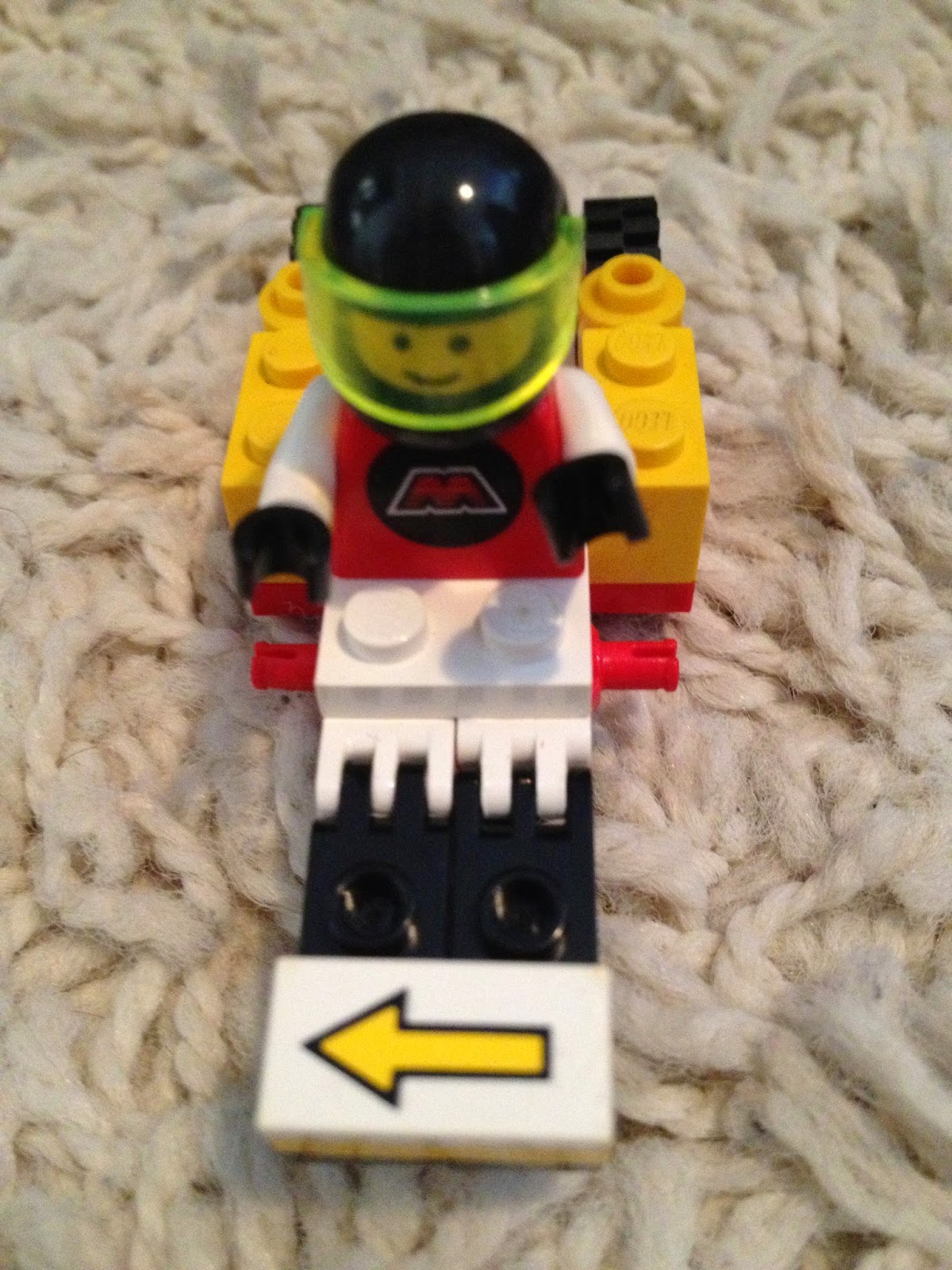 Lego was developed in 1949 by Ole Kirk Christiansen from Denmark. The company name - LEGO, is from the Danish phrase leg godt, which means 'play well'.

There is no doubt that this particular box of Lego has been well played with and that there is much playing well yet to take place. Truly a treasure.

Posted by Katherine at 1:13 AM